Let Us Have a Closer Look at Bamber Bridge FC

Bamber Bridge FC is a football club from Bamber Bridge, which is a small village close to Preston in Lancashire. They currently play their football in the top division of the Northern Premier League. At the time of writing they were being managed by Jamie Milligan, who is a former professional footballer who made four league appearances for Everton. If you would like to find out more about this English football club, then please keep on reading. 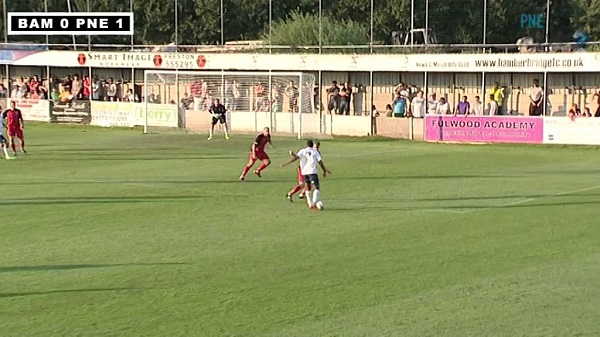 The History of Bamber Bridge F.C.

Bamber Bridge were playing at the end of the 19th century, but they did not officially become a club until 1952. The first league that they joined was the Preston and District League, and they soon progressed to the Senior Division. In 1974 they collaborated with Walton-le-Dale and continued to play in the Preston and District League. In the 1978-70 season, they won the Guildhall Cup. In 1980-81 they won the league as well as the Guildhall Cup. During the 1981-82 season they won the Lancashire FA Amateur Shield and then another Guildhall Cup in 1984-85. The following two seasons they won the league and picked up a cup double.

In 1990, they were playing in Division Two of the North West Counties League, and they were promoted to Division One the following season after they won the league. They were soon promoted to the First Division of the Northern Premier League and then to the Premier Division. In the 1996-97 season they won the league, which should have seen them promoted to the Football Conference - however, their stadium was not deemed good enough for the fifth tier of English football, so they had to stay in the Northern Premier League.

When they merged with Walton-le-Dale in 1974, they were playing their football at King George’s Playing Field. They stayed here until 1983, which is when they bought a bit of land to build their own stadium, which they called Irongate (a name taken from the local area). The stadium was completed in 1987 and the first game was played there the same year. In 2014, the stadium changed its name to the Sir Tom Finney Stadium after his death. He was a local lad from Preston who is considered by many to be one of the best footballers than England has ever produced. He was also very loyal to Preston and played well over 500 games for them. The stadium has a 3,000 capacity, with the record attendance being 2,300. This was achieved when Bamber Bridge played a friendly against the Czech national team before Euro 96. The Czechs went on to win the game 9-1, but the score does not reflect how well Bamber Bridge played. In fact, their solitary goal was actually the best goal of the match.

Below we have listed the different club honours that Bamber Bridge have picked up during their history.